Darren Baker has become one of the UK’s most collectable artists since his remarkable portrait of the Queen was unveiled by Princess Anne at Westminster Abbey in 2011. 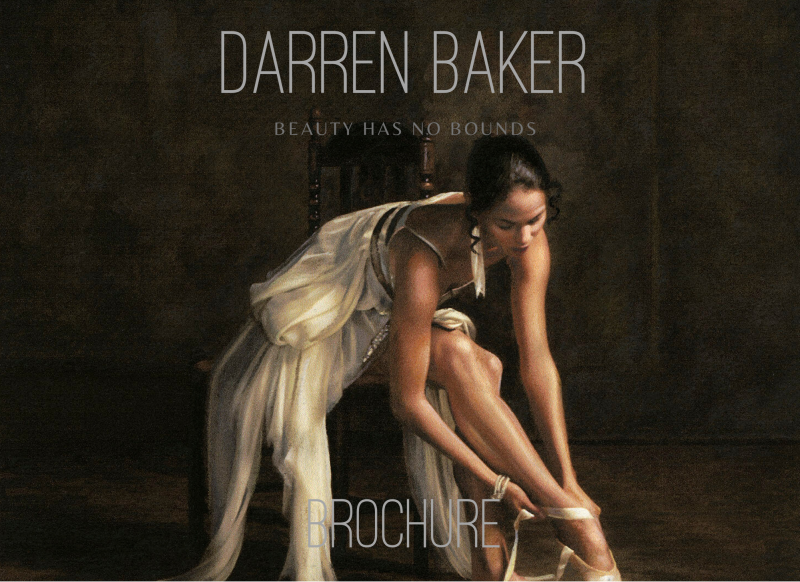 Darren has painted Prime Ministers, Royalty and the sporting elite, and his celebrated works hang in collections from 10 Downing Street and the House of Lords to St James’s Palace. His oil paintings and charcoals have attracted critical and popular acclaim - the Sunday Times described his work as "thrilling" and "virtuosic" - and his paintings are increasingly sought after by art collectors from the UK, Europe, the USA and Japan.

Darren has enjoyed a level of success that most artists only dream of. He has produced an impressive portfolio of figurative work and portraiture, still life and interiors, cityscapes, and animal portraiture which graces many prestigious public and private collections around the world. He has worked alongside and produced paintings for such star sporting names as Lewis Hamilton, Steven Gerrard and Amir Khan, while his non-sporting portraits include HRH Prince Charles and Tony Blair. His portrait of Pope John Paul II was greeted with a personal message of appreciation from the Vatican.

Darren was born in Yorkshire in 1976. For a young contemporary artist to achieve this kind of status and recognition is extremely rare and can only be put down to Darren’s unique gift for naturalistic description. The authenticity of his figures causes a momentary confusion in the viewer as each nuance is conveyed with such accuracy and truth that we find ourselves questioning whether we are looking at a beautiful photograph, or an extraordinary painting.

Darren has received numerous awards including The Garrick Prize at Christies, London. He also enjoys a range of artistic appointments including Official Artist to the Professional Footballers’ Association (the PFA) and Official Artist to the 2012 Olympic Games in London. He is now acknowledged as one of the leading painters of the classical realism genre, and his style displays the influences of both the Dutch Masters and the contemporary realist school.

As a keen supporter of, and tireless fund-raiser for the Prince’s Trust, Darren has worked closely with the charity and has been personally thanked by the Prince of Wales for his ongoing contribution to the success of many major projects.

Sir John Kiszely KCB MC, National President of The Royal British Legion said; "It is clear Darren Baker has produced one of the most remarkable realistic portraits of our Monarch this century."

Dance Burst I Limited Edition
Limited Edition On Paper Image Size 8' x 11.5"
RRP: £ 495.00
Dance Burst II Limited Edition
Limited Edition on Paper Image Size 8" x 11.5"
RRP: £ 495.00
Dance Burst I Original
Original Pastel on paper Image size 7" x 10"
RRP: £ 3650.00
Morning Repose
The pose and objects symbolise nature in the morning and promise of new things and reawakening.
RRP: £ 495.00
Takes Two to Tango
Lost in the moment, eyes and bodies fixed on each other, love the sculptural shapes of the dancers
RRP: £ 495.00
Midnight Tango
The power and passion of this dance, sensuality and seduction combine
RRP: £ 495.00
Rhythm of Lapis Lazuli
*** LOW STOCK *** The mirroring of shapes within the fabric with the movements of the dancer.
RRP: £ 495.00
Ballet Pointes
The classical effects of light and shade combined with the classicism of dance and ballet and controlled and elegant movement.
RRP: £ 495.00
Blue Thunder
*** SOLD OUT *** An attempt to recreate the feel and power of thunder using colour and movement
RRP: £ 495.00
Copyright © Portfolio Fine Art 2018 - 2022
Website by DSM Design Ltd.
Loading
Please correct the following errors :
We use cookies to personalise content and to analyse our web traffic.
OK
Manage your cookies
Essential site cookies
Google Analytics